100. Ferrets Will Steal Anything-

If your not aware of Ferret behavior, you will be after this video. They are instinctual thieves that will steal anything and everything you own and stash it away in a little ‘den. They think the behavior comes from when they were trained and used as tiny thieves by pirates and vikings and this habit just kind of stayed with them over time. Plus its fun to watch an animal steal something that’s 6x its size.

Payback can be a real bitch sometimes.

The magic of Troll 2. Acting has never looked so painful.

Words have never been so eloquent coming from John Barrowman.

96. The Most Embarrassing Rescue Mission In History.

In case you didn’t read the title of the video, this man is moaning after he got his ‘junk’ stuck in one of the steel bench holes he
was attempting to sodomize.

If this man didn’t get an Oscar for this performance, he was robbed.

93. When Crazy Comes Together At An Awards Ceremony

This little skit came directly after Christian Bale and Joaquin Phoenix (ok well Joaquin’s stunt turned out to be a joke but still..) completely lost their shit. Whoever thought of this was a GENIUS!


They will mess you up!

91. Leaving On A Jet Plane (Armageddon)

About 37 seconds in this becomes EPIC.

See…now I just saved you 3+ hours.

You will note while watching this man dress, that something is amiss. He’s in fact attempting to wear his pants as a shirt.

88. There Will Be A Deduction For That (Gymnast fail)

Yes, the announcer does say that after he witnesses a man launching himself into the judges table.

This is a 3 part bit. It was just too adorable not to include the other two videos.

Now THIS is how you prank someone.

85. The David Caruso School Of Acting-

If you enjoy making fun of CSI:Miami (and seriously who doesn’t?) this little Canadian tribute to the iconic “actor” will have you in stitches.

Seriously what can you do?

Its a caterpillar but it actually looks like….something else.

I bet you didn’t see that one coming.

79. Innuendo: Your Doing It Wrong-

Just wait for the last lines, I promise its worth it.

78. Did They Really Just Put That In A Kids Cartoon?

First time in history a reference has been made to sexually “finger” a celebrity in a children’s cartoon.

BP in space: we should all fear for our lives.

76. Night Of The Lepus- When Bunnies Attack!


Yes this is a horror film someone actually made.

74. Drunk Guy Fights With A Tree

The jury’s still out on who actually won the fight.

73. When Kitties Have A Conversation-

If only there was a translation available…

Keanu Reeves and British accents should be barred from ever being aloud in a film ever, ever, again. “BYUUUUUUDAPEST”

From a seemingly harmless Religious song: “Once I tried to run, I tried to run and hide, But Jesus came and found me, And he touched me down inside” that little nugget chimes in at 1:42.

He should get a raise.

This is possibly the greatest thing I’ve ever witnessed in Asian cinema.

This device is not a submarine. It doesn’t work that way.

62. Attack Of The Beast Creatures-

I have no idea what is going on here, just that its awesome.

This was an actual product at one point in history.

This may be inappropriate for some.

Wait for the ending reveal. The conspiracy will blow your mind. *Politically subjective*

54. An 80’s Movie That Out Does Itself In Stupidity

What. The. Hell. Did I just watch?

52. When I Crazy Person Is Allowed On Public Access-

I’d like to think both political parties can laugh at Beck’s stupidity. *Politically subjective* 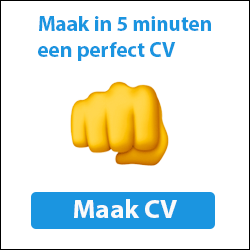